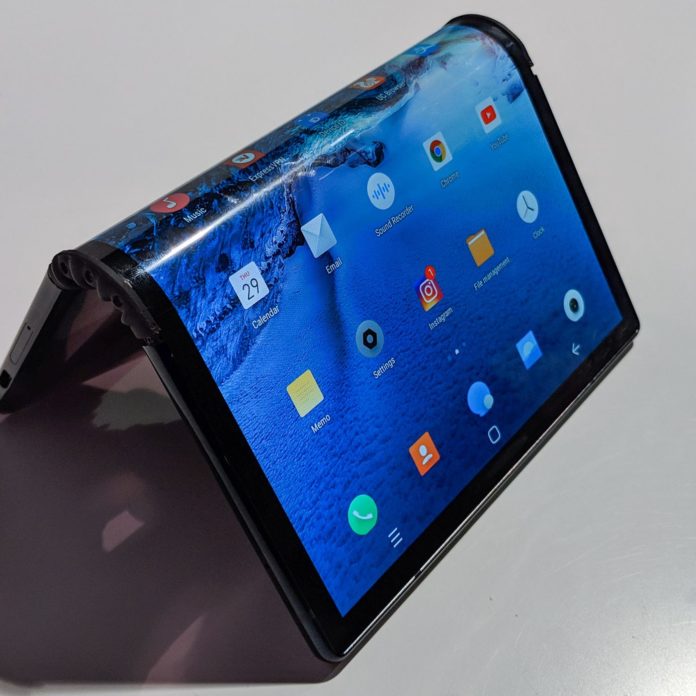 Mobile applications are booming because people today, rely more on smart phones.  2019 is the landmark for the foldable smart phones where they reached at a high point. Foldable phones boomed after Samsung presented a prototype of their new smart phones for 2019.

Samsung’s foldable Galaxy X offers two screens. one is the typical phone size and other is the tablet when the phone is unfolded.

Foldable phones resemble old flip phones that will not differ much from the one we use right now. This concept is like providing experience of the mobile phones and tablet in a single framework but it creates a new Era for mobile application development services.

Impact of Foldable Phones on the App Development Process

So we can say foldable application will definitely change the development experience and user experience as well.

What are the impacts of foldable phones on the app development process?

Foldable phones will have a massive impact on the app development process like a great number of test cases, increased development cost and need more time for design, testing, and development.

How to test your app for foldable smart phones?

You can use the foldable emulator provided by Samsung to test your app in a foldable environment or you can use Android Studio as well.

How much does it cost to build an app for foldable phones?

The cost to develop an app for foldable phones will be much higher than the single screen as it needs a lot of design, development, and testing efforts. Send your requirement to know the app development cost.

Impact of Foldable Phone on the app Market

As we know people become more habitual to the smart phone. They also start to rely on the smart phones for work, entertainment, and many other things. It makes developer more conscious for responsive design but it is something bigger than performance.

Smart phone screens keep getting bigger than before and user appreciate it. Apple’s original I-phone had a 3.5- inch 320X480 screen, whereas this year’s XS max boasts a 6.5-inch 2688X1242 display.

Certainly, foldable phones will remove the pocket friendliness bar and should spur a leap in average screen size. But what’s the point? Cynics might suggest that bigger screens are just marketing material. But it’s clear that apps continue to grow in attractiveness and markets.

Kyocera’s Echo was the world first that lunch first dual- screen smart phone with dual 3.5 inch WVGA screens which are running on android 2.2 froyo in 2011  The device could imitate a single 4.7-inch screen in ‘tablet’ mode, or run separate apps on each screen.

However, it was not new but still, developers have to use proprietary build system and documentation to make full use of the both screens.

Developers can take advantage of the axon M’s screen modes by simply creating new layouts that applications and games automatically accommodate. But some of the applications do not have appropriate layouts yet and therefore it is behaving inappropriately or unpredictably. But again it is not a new problem because many mobile apps scale badly on tablets because they have not for extended mode resolutions.

Read More: A Secret that Speeds up Mobile App Development

Well foldable device was available before but now users accept it widely so application development on the foldable phone will bring a huge change in the app development market. It require immaculate skills and techniques but one has to be ready for these because we can say 2019-20 will be a year dedicated to the foldable devices

A Secret that Speeds up Mobile Application Development

An exclusive discussion on mobile application development trends for 2020

Why would your campaign yield Zero lead or worse, Why would...

Top 10 PHP Frameworks to Hold on to in 2021 for Website Development!

9 Tips that Make One Logo Design Better than Others

9 Game-changing trends for business in 2021

Find excited tips to celebrate Diwali at your office.

Top 7 strategies to attract your customer on this Diwali.

9 superb web design trend that will hit in the future

Digital marketing myths which you need to clear today.

9 Reasons when you are in high need of Custom CRM...